skip to main | skip to sidebar

The EUExcert partnership has proposed a new Leonardo da Vinci Project which aims to
Start a European association and a network with independent national nodes (bodies), which will be licensed to use the EUExcert logo for certificates of explosive competence.

EUExcert will through the EuExNet continue the work to establish a transferable certificate of Explosive competence which will be recognised inside and outside EU.

EuExNet is based on the previous innovative ideas which has been developed in previous Leonardo da Vinci financed EUExcert projects.

The independent European association, EUExcert, will be operative when the National EUExcert nodes have signed of the agreement “Articles of incorporation”.

The head office of the independent European association, EUExcert, will initially be placed in Karlskoga with c/o address KCEM.

The EUExcert association aims to develop exchange programs for students and employees, between member organisations in Europe, thus realising the free movement of workers.

The independent national nodes/bodies (using the EUExcert trademark), have the task to award EUExcert certificates and are responsible for accrediting other awarding bodies.

EUExcert certificates will be issued to individuals in the explosives sector, based on a procedure of accreditation of individual competencies – no matter how the experiences, skills or competencies have been acquired – according to the occupational standards that have been chosen as best practice by the previous EUExcert projects.

Basic and/or supplementary training can be provided by external VET-providers, Universities or other private or public education institutions, and will not be part of the EUExcert III project, however individual competencies acquired during training can be accredited by the national nodes/bodies as part of the trial procedure.

The EuExNet (or EUExcert III) project will monitor and evaluate

(1) The work to set up national nodes/bodies and

(2) The procedures for accreditation and issuing of certificates at national nodes/bodies.
The framework for the application is based on the European commission’s ideas of making
Lifelong learning a reality for all citizens, which is defined as;
"all learning activity undertaken throughout life, with the aim of improving knowledge, skills and competence, within a personal, civic, social and/or employment-related perspective."
Lifelong learning can also defined more specifically towards vocational training, which is defined as;

“All learning activity undertaken throughout life, with the aim of improving knowledge, skills/competences and/or qualifications for personal, social and/or professional reasons.”

The ambition in the EuExNet project is to introduce a systematic approach to;

1. Lift the status of workers in the Explosives sector in order to

2. Attract younger people to work in the sector, in order to

3. Respond to the effects of demographic changes in the ageing workforce, and to

4. Introduce trajectories for career paths for workers, and to

5. Encourage individuals to continually improve their abilities, skills and competencies, where

6. Recognition of competencies can lead to develop a competitive European explosives sector and employable workers, and thus

7. Creating a learning environment and thereby realising the overall ambitions in the ideas of lifelong learning 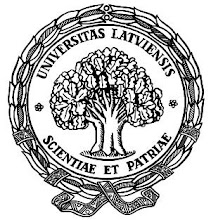 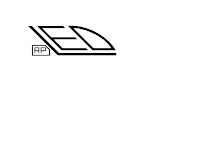